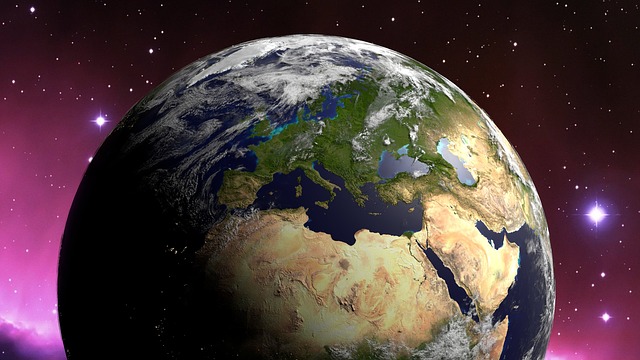 Well firstly, you’d think that I was a crack-pot and wouldn’t even consider the possibility that I knew what I was talking about. But, this is just an imaginary scenario, so let’s pretend that you did believe me. What would be the first question you’d ask me?

You’d probably ask; “Where is it?” or, because we’re talking about “buried treasure”, you might ask; “Do you have a map?” Good question. It would be almost impossible to find the treasure without a map, wouldn’t it? Where would you start?

The good news for every sales person selling to a business is that there is always a map to your “buried treasure” (your Sales Opportunity). It’s called an Organisation Chart.

I continue to be amazed at how many business sales professionals do not bother with acquiring, creating, documenting or analysing the Organisation Charts for their sales opportunities. Consider this.

An Organisation Chart tells you how a business has structured itself to serve its prospects and customers and, combined with a bit of investigative questioning, reveals the areas where that business is experiencing growth, contraction and various other challenges. In other words, it provides a short-cut and a context for understanding the business at an operational level and the types of problems that any solution that you may propose will need to address.

An Organisation Chart also reveals the culture of a business. One of the practical definitions of “culture” that I like is that culture is “the way we do things around here”. It is inevitable that, over time, “the way we do things around here” becomes formalised into the Org Chart. The culture of a business reveals the values of the business and those values can be seen through the Org Chart. When I was selling large IT systems one of the first things I’d look at was the CIO’s reporting line. Most Chief Information Officers tended to report into the CFO/Director of Finance. Some reported directly to the CEO. Which companies do you think saw IT as a cost centre and which saw IT as strategic to their business? Did it make sense for me to emphasise different value points of my solution depending on the CIO’s reporting line?

You will win a piece of business if the most important individuals in your opportunity perceive your solution as delivering the most value compared to your competition. Many sales people will automatically link the notion of “importance” to a Job Title and the “seniority” of that title. For example, if I’m selling IT, the most important individual must be the CIO. This may be the case but it doesn’t have to be. I have sold multi-million dollar IT solutions to large organisations never having had a meeting with the CIO in the process. On other occasions, I’ve had to have several meetings with a CIO, for relatively small ticket items, to get the sale. It all depends on the context of the Sales Opportunity. That context is revealed through the Org Chart.

High level strategic selling courses such as Target Account Selling (TAS), Holden, etc., make the point that the formal Org Chart is only half the story, that you need to look at the informal or political structures around your opportunity. They are absolutely correct. The first step in uncovering the political structure around your opportunity is documenting and understanding your target’s formal Org Chart. Even before you get to the level of political analysis, working on the Org Chart will start to reveal who your competition has had contact with and the messages that they have been delivering.

Given that understanding your target’s Org Chart helps you understand their business, culture, values, the most important people for your opportunity, the political structure around it and where your competition is engaging, why do so few Sales People focus on it?

One reason is that some of them don’t understand the true value of an Organisation Chart (and hopefully this article has helped address some of that).

Another is that a lot of sales people are action oriented “people” persons. That is, they have a preference for, and trust in, information/opinions that they gain from direct interaction with people in their accounts. If a contact says, “You need to talk to the CIO about this” they take it at face value and try to arrange the meeting. They prefer to be guided by information provided by others (who should or might know) and to take action rather than “waste” time analysing a “bunch of Org Charts”. Without a fully developed Organisation Chart, their biggest risks are that they will be led astray, intentionally or unintentionally, by an “opinion” that they took as “information” or that they will have too narrow a view of who the “important” people are in their opportunity. Either way, why take the risk? A few minutes of regular focus on your Opportunity’s Org Chart will reveal whether acquired information is making sense, who could verify it for you and whether you are talking to all the people you need to.

As soon as you get a sniff of buried treasure you need to get a map.

Most organisations will have them on their web sites but, even if they don’t, you need to create one by talking to your contacts. The initial map may be accurate but it is unlikely to be comprehensive enough or detailed enough for your purposes. It needs to be regularly validated, updated and expanded during the course of your Sales Campaign. Remember, any time spent, on understanding the Organisation Chart is time spent understanding your target’s business and needs, identifying who you need to sell to and determining the value that you need to communicate. It represents some of the most valuable time you’ll spend on your opportunity.